In a nutshell, Bored & Dangerous says: “A silly little comic book movie, about people with silly super powers, running around in silly costumes.”

“You are all my children, and you’re lost because you follow blind leaders. No more false gods. I’m here now.”

While the DC movies make insane money at the same time as absolutely everyone talks about how much they suck…  While Spider-Man continues to get re-booted roughly every seven minutes…  While the Marvel universe grinds its way to swallowing cinema as we know it…  While all of that happens, the franchise that started it all bubbles away, never standing out, but never going away either.  If hundreds of millions of dollars of blockbuster can be a quiet achiever, the X-Men series is just that.  And it’s here to remind us all once again that it exists, before being lost in the dust of whatever Marvel rolls out next, with X-Men: Apocalypse.

A decade after the world learned of the existence of mutants via the climactic events of X-Men: Days of Future Past, it’s the 80s, and all of our heroes and villains are laying low.  Charles Xavier, AKA Professor X (James McAvoy) continues to nurture young mutants and teach them to control their powers at his school for the gifted, aided by original student, Hank McCoy, AKA Beast (Nicolas Hoult).  Meanwhile, bad guy Eric Lehnsherr, AKA Magneto (Michael Fassbender) works anonymously in a Polish steel mill.  While reluctant hero and mutant poster woman Raven, AKA Mystique (Jennifer Lawrence) is a mercenary with a heart of gold, saving young mutants from things like slavery in underground fighting pits.

But the generally peaceful status quo is torn apart when archaeologists excavate an Egyptian tomb, unleashing ancient mutant Apocalypse (Oscar Isaac).  Known by many names over many millennia, his M.O includes recruiting the most powerful mutants of the day to act as his four horseman, while he attempts to gain absolute control (or possibly bring about absolute destruction, I was never really quite sure) of the world.  To fight this new uber power, Xavier will need to replenish his troops with some fresh blood.  Which is why it’s fortunate that his latest class includes laser beam eyes guy Scott Summers, AKA Cyclops (Tye Sheridan), teleporting demon dude Kurt Wagner, AKA Nightcrawler (Kodi Smit-McPhee), and ultimate telepath blood nut, Jean Grey, AKA Jean Grey, AKA Sansa Starke (Sophie Turner).

My intro to this review could have been seen as negative, but at worse, I’d say I meant it as kind of dismissive.  I have liked every single X-Men movie ever made, including Brett Ratner’s X-Men: The Last Stand.  But I’ve never loved a single one.  I don’t think I’ve watched any of them more than once, I never really think of them in the years between releases.  And Apocalypse slots perfectly into that same category.

Invented in the 60s, comic book creators Stan Lee and Jack Kirby conceived the X-Men and the concept of mutants as an allegory for the Civil Rights movement.  In the decades since, it’s been easily transferred to other forms of discrimination and intolerance to tackle hot button issues of the time, like homophobia and fear of immigration.  And it’s when these guys are fighting ideas and ideologies that the X-Men works best.  Which is why throwing in a cookie cutter big bad like this version of Apocalypse makes X-Men: Apocalypse kind of underwhelming. 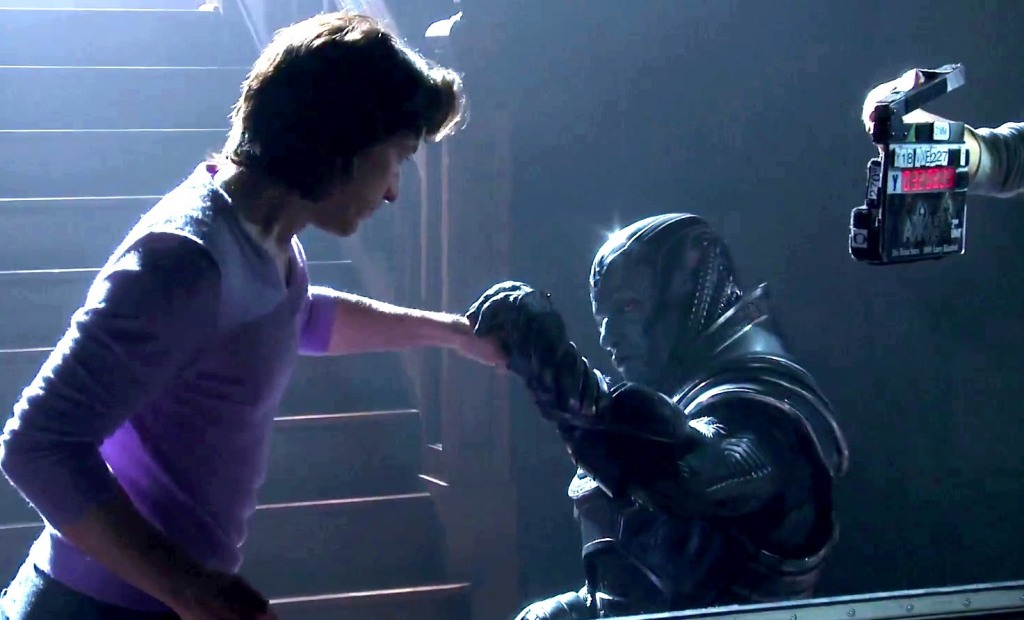 But you know what, even after writing that, I still want to recommend X-Men: Apocalypse for one reason.  The return of Evan Peters as Peter Maximoff, AKA Quicksilver.  His time in a bottle sequence was the clear stand out of Days of Future Past, and his showcase scene here is by far the best part of Apocalypse.  It’s the exact same idea, just done on a bigger, longer, flashier scale.  And it only gets better for all of that big, long, flashiness (Freudian much?).  So I’d say watch it for that.  Or, you know, wait until that one scene shows up on Youtube.

Other Opinions Are Available.  What did these people have to say about X-Men: Apocalypse?
The A.V Club
Wall Street Journal
A Sky of Books and Movies