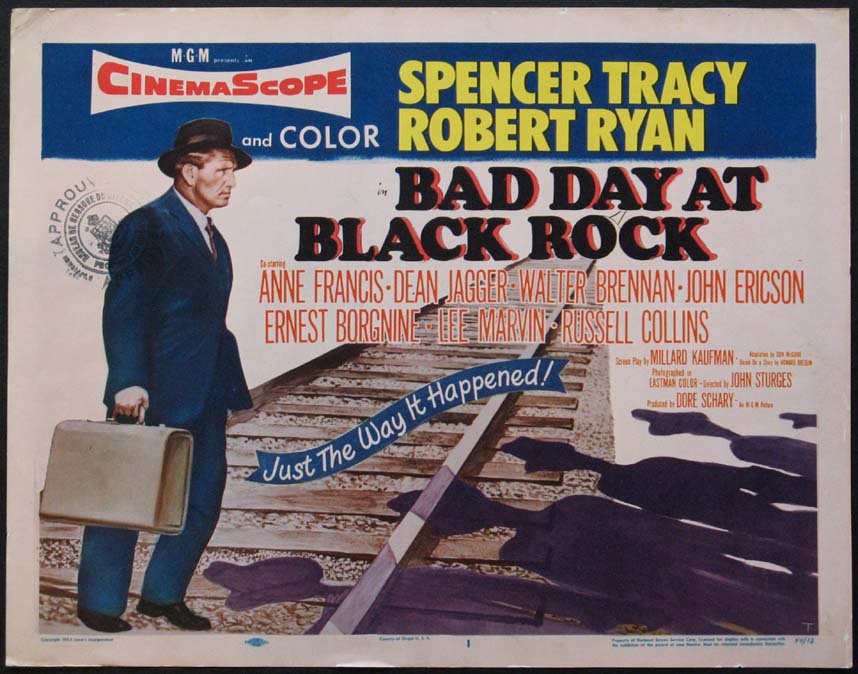 “They’re gonna kill you with no hard feelings.”

The top three highest grossing movies of last year were Captain America: Civil War, Finding Dory and Zootopia.  Many film purists might find it disheartening that only one of the three was based on a totally new property, but I’m troubled by a different trend of modern movie making.  While Finding Dory clocks in at an economical 97 minutes, Captain America and Zootopia will respectively take up 147 and 108 minutes of your life.  Of the rest of the movies that round out the top 10, only one is under 100 minutes.  And that one is The Secret Life of Pets, so I’m sure even its scant 87 minutes feel like a lot longer.

What I’m getting at is, most moves over 90 minutes don’t need to be.  Hardly any movie needs to break the two hour barrier.  But bigger budgets and bigger spectacles mean we are increasingly subjected to bigger ass aches as we are trapped in cinema seats for ever increasing amounts of time per movie.  But I have proof that you don’t always need a lot of time to fit in a lot of awesome.  You can have a compelling story, great acting, high drama, thrilling tension and a big payoff.  And you can have it all in 81 minutes, including credits, with Bad Day at Back Rock. END_OF_DOCUMENT_TOKEN_TO_BE_REPLACED 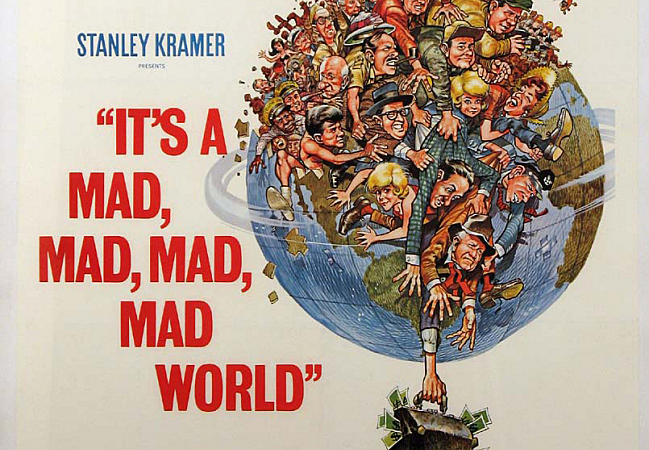 “Now look, let’s be sensible about this thing. There’s money in this for all of us. Right?”

A few years ago, Silvester Stallone assembled a shit load of 80s and early 90s action heroes, plus a few young bucks, to make the ultimate throwback 80s action movie. It was a sizeable hit and lead to two sequels with more inevitably on the way. I always thought the idea was interesting, but never bothered watching a single movie from the Expendables franchise. More than half a century ago, director Stanley Kramer got a dozen or so classic Hollywood and comedy legends together to make a make a whacky, highway comedy. What I’m saying is, am I the first person to ever compare The Expendables to It’s a Mad, Mad, Mad, Mad World?


A car careens down a twisted highway in the California desert. When it flies off the road and crashes in a horrible wreck, several groups of passers by stop to help. What they discover is the car’s driver (Jimmy Durante as Smiler Grogan) about to die from terrible injuries. But before he does, he lets them know about $350,000 in stolen cash, buried in park near the Mexican border, under a big W. Almost immediately, the passers by begin to argue and scheme about how they money should be split if and when they find it. Eventually they settle on an every man for himself approach. END_OF_DOCUMENT_TOKEN_TO_BE_REPLACED 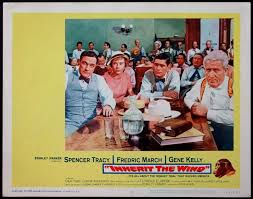 “As long as the prerequisite for that shining paradise is ignorance, bigotry and hate, I say the hell with it.”

I decided I needed to see more movies made before the 70s. One day, when I couldn’t think of any, I decided to watch a random movie I’d never heard that had been nominated for, but not won, the Best Picture Oscar. I quick google of “Academy Awards 1960” (year chosen randomly) and I ended up watching Inherit the Wind. I’ve talked about the virtues of watching a movie with no preconceptions here before, and Inherit the Wind just solidified that opinion.


One day, small town school teacher Bertram Cates (Dick York) is giving his students a lesson in Darwin’s theory of evolution. Before he can even get to the fish crawling out of the primordial ooze, he’s under arrest. You see, local politician, lawyer and fundamentalist Christian, Matthey Harrison Brady (Fredric March) railroaded through a state law banning education that goes against the idea of creationism. END_OF_DOCUMENT_TOKEN_TO_BE_REPLACED 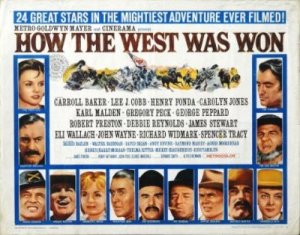 “About 150 years ago, an idea took shape in the mind of a man named DeWitt Clinton. And in the way Americans have of acting out their dreams, it came to be.”

One of the biggest problems in big budget movies, is the tendency for studios to pile on more. More big name stars, mores special effects and action, more romantic interests, more, more, more. The theory being, if they put enough crap in there, everyone will find a reason to hand over their hard earned at the cinema. 99.9% of the time, this only makes movies worse. The more surface level glitter they throw on there, the more substance has to be taken out to make room. But sometimes, more really is more, and it actually pays off. And it pays off big in How the West Was Won.


Five short stories, following several generations of one family across half a century and an entire continent, the movie opens with Zebulon Prescott (Karl Malden), leading his family from the East Coast, to the new frontier in Illinois. Along the way, they meet and befriend a mountain man, James Stewart as Linus Rawlings. Soon, a Prescott daughter’s in love with him and they’re saving each other from ruthless bandits. END_OF_DOCUMENT_TOKEN_TO_BE_REPLACED
Loading Comments...