In a nutshell, Bored & Dangerous says: “It’s almost like the story was given to two separate writers, with one told to make a comedy the other writing a thriller.  Then alternating pages form each script were just smooshed together.” 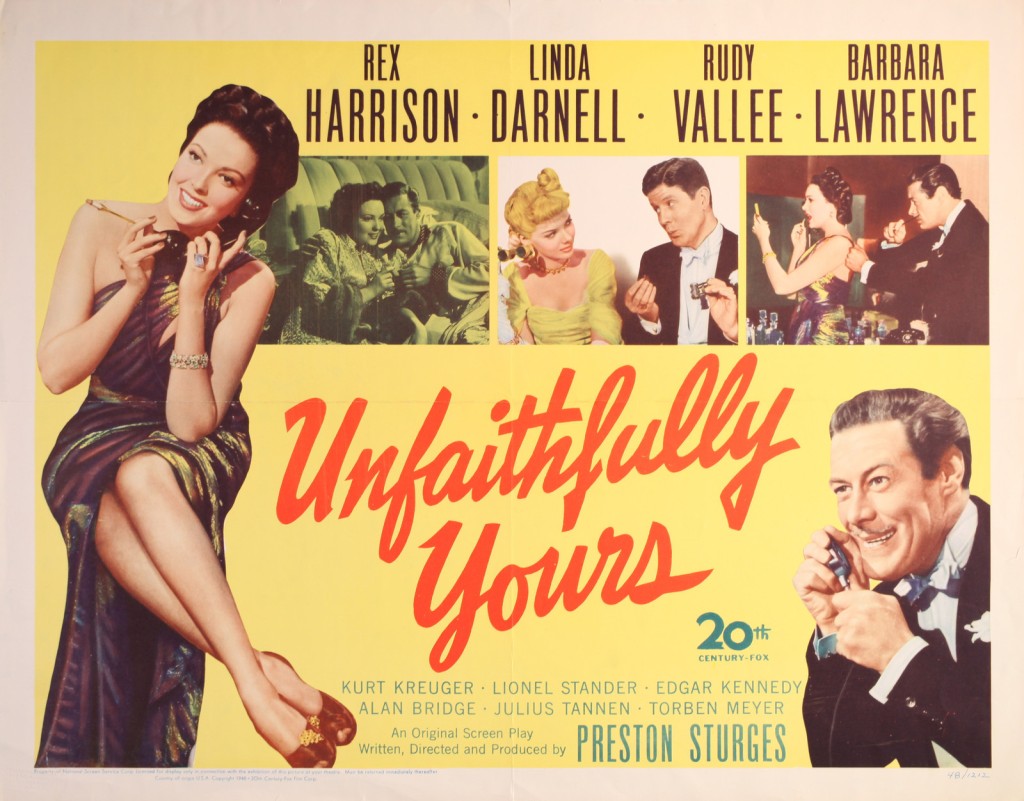 “Well, it’s better to do it in public than not to do it at all!”

I think of Preston Sturges as one of early Hollywood’s great directors.  But I would struggle to name any of his movies off the top of my head.  I’ve even written about a few here before on Bored and Dangerous, but I only found out they were Sturges joints after the fact.  I’ve stumbled across them because the title was familiar, or one of the stars had a recognisable name.  Via Sullivan’s Travels and The Great McGinty, I thought I had a pretty good handle on the Sturges aesthetic and feel.  They were stories of class struggle, where the lesson to be learned was that class, high or low, has nothing to do with how a person can have a positive or negative impact on the world around them.  Then, I saw Unfaithfully Yours, and all of a sudden, Preston Sturges is a lot less black and white.  Because this is a tonally grey movie.

World renowned conductor Sir Alfred De Carter (Rex Harrison) returns to America after a stint back in his native England.  While away, he asked his brother in law (Rudy Vallee as August Henshler) to “keep an eye” on his young, seemingly trophy wife, Daphne (Linda Darnell).  What Alfred means as a casual, throw away comment, August takes as literal, and hires private investigator to follow Daphne while Alfred is away.  Which creates even more problems when Alfred comes home to find that Daphne had a late night, hotel rendezvous with his secretary, Anthony Windborn (Kurt Kreuger). END_OF_DOCUMENT_TOKEN_TO_BE_REPLACED