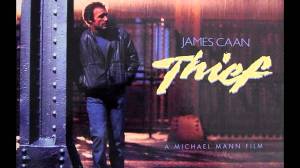 “You’re marking time is what you are. You’re backing off. You’re hiding out. You’re waiting for a bus that you hope never comes because you dont wanna get on it anyway because you don’t wanna go anywhere. Ok?”

When I wrote about Manhunter, I said, “Michael Mann is possibly the most 80s director of the 80s”. Well, if anyone ever challenges me on that statement, all I need to do is point them in the direction of the Mann movie that kicked off the decade, the James Caan starring Thief.


Caan is Frank, a crook with a code. He has a strict set of rules he refuses to bend and is on the lookout for that one last, big score that will let him settle down and leave this life behind forever. So of course, all of that turns to shit the closer he comes to his dream, and the less likely it seems Frank will ever actually get there. END_OF_DOCUMENT_TOKEN_TO_BE_REPLACED
Loading Comments...