“They cry. They plead. They beg. They piss themselves. They call for their mothers. It gets embarrassing.”

Why are movies about bad guys doing bad things so appealing to audiences?  It can’t really be escapism if were watching these people who we’d never want to be, committing acts we’d never want to commit.  And with a lot of them, we know going in there’s not gonna be some idealised ending where the bad guys pay for their sins and the good guys win the day.  Buggers me what it is about these movies, but I do know that I love them.  Including the undeservedly overlooked at the time, and kind of forgotten already, Killing Them Softly.


A few years ago, Markie (Ray Liotta) organised the hold up of his own illegal card game.  He was the prime suspect, but managed to throw everyone off the scent.  Recently, he spilled the beans, but enough time had passed that he got a pass.  Which makes him an obvious patsy and fall guy if anyone else decides to rob his card game. Which is exactly what happens when Johnny (Vincent Curatola) hires low level scumbags Frankie (Scoot McNairy) and Russell (Ben Mendelsohn) to do just that. END_OF_DOCUMENT_TOKEN_TO_BE_REPLACED 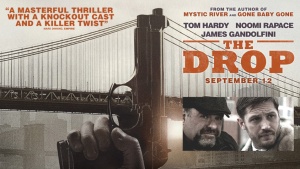 “Are you doing something desperate? Something we can’t clean up this time?”

There are a few things that can make a movie seem like it’s worth seeing. Sometimes it’s the director or writer. Sometimes it’s the subject matter. I’d say for most people, it’s the actors involved. But it’s very rare that you get a couple of those things in abundance. When I first saw a trailer for The Drop, I’m not sure what got me more stoked, the involvement of Tom Hardy and James Gandolfini, or the gritty, street crime story. But I knew I had to see it.


Bob (Hardy) and Marv (Gandolfini) run ‘Cousin Marv’s Bar’, a place where illegal book makers often leave their day’s take, for it to be collected later by the local Chechen mafia bosses who run the neighbourhood. One night, the daily drop is stolen at gun point, and it’s up to Bob and Marv to pay it back, since it was stolen on their watch. Meanwhile, Bob finds a badly beaten pitbull puppy in a garbage bin and takes it in, leading to slowly growing relationship with Nadia (Noomi Repace). END_OF_DOCUMENT_TOKEN_TO_BE_REPLACED 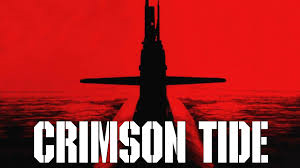 While Ridley might be the one with the prestige career and Oscar nominations, I think Tony might be the more consistent of the brothers Scott. For every great movie in Ridley’s filmography, like Alien, or Bladerunner, or Blackhawk Down, you get a couple of creatively devoid shit bombs. Like A Good Year, or Robin Hood, or GI Jane, or Gladiator. Sure, he scores 9/10 every now and again, but his average is brought down by a few 2/10 and 3/10 efforts.


Tony on the other hand? Tony Scott may have made basic genre pictures, but he made them consistently well. Pretty much everything is a 7/10 or 8/10 across the board. Movies like Top Gun, The Last Boy Scout, True Romance, Man on Fire… They’re B grade fluff, but they’re meticulously made B grade fluff, always bringing infectious joy and excitement to even the most outlandish of action movie premises. And his best example of all of that may just be Crimson Tide. END_OF_DOCUMENT_TOKEN_TO_BE_REPLACED

Awesome reviews from every kind of critic…  The leading roles filled by two amazing actors who I don’t think we see on the big screen nearly enough…  Possibly the last performance we’ll ever see from one of them…  I don’t know how many more reasons I needed to see Enough Said, but for some reason it took my close to a year of hearing about how amazing it was before I ever bothered.


Julia Loui-Drufus is Eva, a middle aged divorcee with a college bound daughter.  She’s a successful masseuse and happy enough, but as she trudges through her endless cycle of annoying clients, it’s obvious that something is missing.  The third wheel at a party with her friends Sarah (Toni Collette) and Will (Ben Falcone), she meets two new people.  Katherine Keener’s Marianne, a professional poet, and James Gandolfini’s  Albert, a TV historian.  Eva soon has a new client in Marianne and a new suitor in Albert.

Just as things are going swimmingly, Eva discovers Albert is the slob of an ex-husband  Marianne constantly complains about.  Now that she has the inside info on everything bad about the man, Eva can’t help but notice the same little quirks that eventually lead to big resentment in Albert and Marianne’s Marriage.

I didn’t just like Enough Said, I really loved it.  I loved it so much, I’m a little worried I might have somehow become a 50 year old woman.  This isn’t the kind of story that should interest me.  Middle aged people talking about their failed marriages and feelings for 90 minutes…  A standard rom-com structure so by the numbers, you can set your watch by it…  But none of that is a bad thing when the characters are as interesting and as convincing as everyone in Enough Said.

Even the characters with the kinds of jobs you only see in movies, like professional poet and TV historian, didn’t bother me.  It’s nothing new for successful Hollywood screenwriters to struggle with writing relatable characters with relatable problems.  But even with professions like poet and TV historian, I still felt like these were real people who I could meet in real life.

When Oscar nominations were announced a couple of months ago, there was a lot of bitching about Gandolfini and Louis-Dreyfus not making the cut.  Having now seen Enough Said, I kind of understand that reaction, but I also think there’s zero chance either would have beaten Matthew McConaughey or Kate Blanchett.  The roles of Albert and Eva are just too real and too ordinary in the most natural and convincing way.  There are no big character traits, ticks or monologues for the stars of Enough Said to hang their performances on.  Just real people, dealing with real problems in real ways.  And  the Academy has no interest in giving awards to acting as believable as what we get with Enough Said.

Enough Said might be the breeziest, easiest to watch movie I’ve seen in years.  I couldn’t believe how quick it zipped by.  Even though I could pick every single plot point and moment of conflict a mile off, that never mattered.  Hanging out with Gandolfini and Louis-Dreyfus more than made up for the odd cliché.

In the late nineties and up until 2007, writer David Chase and Actor James Gandolfini were a major part of redefining television drama and what it could it be.  It’s hard to deny that The Sopranos isn’t a direct influence on every high budget, high production value, prestige drama on TV right now.  It’s also no small coincidence that most of these descendants are also based on heavily flawed anti heroes.  And even though his first film stars Gandolfini as an Italian American in New Jersey, it’s great to see Chase move so far away from the kind of stories and characters that made him such a success, with his feature debut, Not Fade Away.


Opening with a short reenactment of a young Keith Richards and Mick Jagger deciding to start a band, the movie then jumps to the results of that meeting, suburban American kids of the 60s being inspired by the likes of the Stones and The Beatles to start their own bands and live the rock and roll dream.

John Margo’s Douglas is the main character, the son of ultra conservative and old fashioned Pat, played by Gandolfini.  At first out to impress his high school crush, Douglas starts a band with a few school friends as they near graduation and the movie follows them over the next several years of pursuing rock and roll stardom.  But don’t let that description fool you, Not Fade Away isn’t That Thing You Do: Part 2.  The success or failure of the band really has very little to do with what’s actually going on.

I hate it when a movie is described as a love letter to something, but so much of Not Fader Away does seem like Chase just wanting to share his love and nostalgia for the time, the music and the general excitement that seemed to be in the air.  Even as someone who can take or leave The Beatles and the Stones, this movie and Chase’s obvious affection for everything about it, made me feel like I really missed out on something special by being born a decade or three too late.

Gandolfini might be the only actor I was familiar with, and that shows how great the casting is that everyone else, especially John Margo as his son, was able to hold their own and not be over shadowed by the very imposing presence of Tony Soprano.  Bella Heathcote as Margo’s dream girl (and the band’s Yoko) and Jack Huston as the band’s insecure lead singer are both real standouts too.

I don’t remember Not Fade Away getting a whole lot of critical buzz when it came out.  I don’t think it even got a major theatrical release here in Australia, and that’s a real shame.  Obviously I have no idea how accurate it is to its period having not lived through it, but to me, it felt really authentic.  Hopefully Chase gets another shot at a feature, and hopefully he finds a way to stick with a story this personal, but also finds one with a little more mass appeal, because Not Fade Away proves he knows what he’s doing as much with movies as he did with long form, narrative TV.

There is one really dud note in this movie, and unfortunately, it’s the very last thing before the credits roll, so it stuck with me, even though I liked everything that came before it so much.  To close out the movie, Douglas’ little sister, who has been the film’s narrator, addresses the camera directly and says, “I had to write this term paper, and I wrote it about how America has given the world two inventions of enormous power; One, is nuclear weapons.  The other is rock and roll.  It’s a question, I wrote, which one is gonna win out in the end?“.  Now, a lot of people think the rat at the end of The Departed is obvious and on the nose, but it’s not nearly as bad as that clunky bit of high school level pretension.

Also, he scores this scene with the Sex Pistols cover of The Modern Lovers classic Roadrunner.  If the song was meant to signify the coming of punk rock as the next musical revolution, why not just use the already perfect original version instead of the half assed, lazy Sex Pistols wank.

I really liked this movie, why did it have to end on two such shitty choices by Chase?