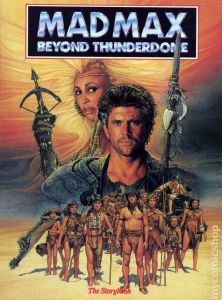 “Still in all, every night we does the tell, so that we ‘member who we was and where we came from.”

In 1979, first time Aussie director George Miller, and up and coming young Aussie actor Mel Gibson made a no budget, C-grade exploitation flick called Mad Max. It was the little movie that could, becoming a hit in Australia and turning enough heads in America to warrant a bit more money for a bigger budget sequel. A sequel that came two years later with Mad Max 2: The Road Warrior. Bigger, crazier, campier, it ramped up everything approaching insane in the first movie and went balls out over the top in the best way.


In 2015, George Miller defied all the odds by returning to the franchise 30 years after its last entry and making a genuine hit that was universally loved, with the Tom Hardy lead reboot, Mad Max: Fury Road. But today, it’s the movie that made Fury Road such an unexpected hit that I’m writing about. A movie that killed the franchise for three decades. A movie that could be the epitome of franchise exhaustion… Mad Max Beyond Thunderdome. END_OF_DOCUMENT_TOKEN_TO_BE_REPLACED 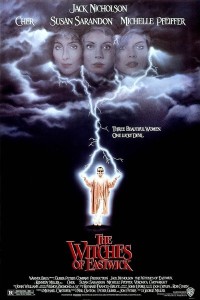 “I think… no, I am positive… that you are the most unattractive man I have ever met in my entire life. You know, in the short time we’ve been together, you have demonstrated every loathsome characteristic of the male personality and even discovered a few new ones. You are physically repulsive, intellectually retarded, you’re morally reprehensible, vulgar, insensitive, selfish, stupid, you have no taste, a lousy sense of humor and you smell. You’re not even interesting enough to make me sick.”

You wanna talk about an eclectic career? In the 60s, George Miller was a doctor, in the late 70s, he decided to become a film maker, and made one of the most iconic Australian movies of all time, Mad Max. In the years since, he’s made hugely successful, family friendly franchises, like Babe and Happy Feet, prestige stuff like The Year My Voice Broke and Lorenzo’s Oil. And just this year, at 70 bloody years old, he pretty much redefined what action movies can be, with Mad Max: Fury Road. But amongst that wide ranging career, one movie stands out as the most perplexing to me. A silly little 80s piece of puff about love, loneliness and the devil. A movie called The Witches of Eastwick.