In a nutshell, Bored & Dangerous says: “Never messes around in getting to the point.” 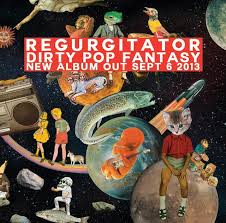 In a nutshell, Bored & Dangerous says: “Justified my anticipation when it came out five years ago, and it did just as a good a job on this re-listen as well.” 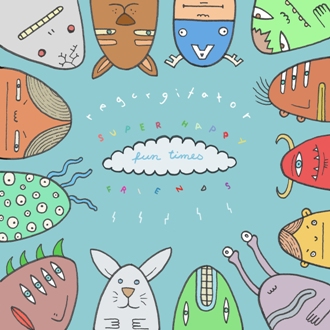 For me, more often than not, my favourite albums from any bands I love tend to be the album that helped me discover them, and the first new album that came out after that discovery.  That holds true for Regurgitator.  Tu-Plang was the first record of theirs I bought, and it’s my favourite.  Unit was the first to come out after I devoured Tu-Plang, and it’s probably in the top 10 of records I have listened to most from beginning to end.  But what makes Regurgitator stand out from most other bands in my CD collection, is how deep into their catalogue they are, and how consistently I still love everything they put out.  Which was definitely the case with the release of SuperHappyFunTimesFriends.

With the most obviously fake drum sound imaginable, leading into a super lo-fi guitar for some jangled, indie, pop rock, One Day really is a quintessential Regurgitator song, even before the unmistakable vocals of Quan Yeomans appear.  Throw in a little hip hop, and it could nicely represent their entire oeuvre in less than two and a half minutes.  At just 21 seconds of punk rock energy with zero aggression and all tongue in cheek, the shout out to Bill Paxton in Aliens that is Game Over Dude is pure Ben Ely. END_OF_DOCUMENT_TOKEN_TO_BE_REPLACED

In a nutshell, Bored & Dangerous says: “A great album that can stand tall against anything else in the ‘Gurge catalogue.” 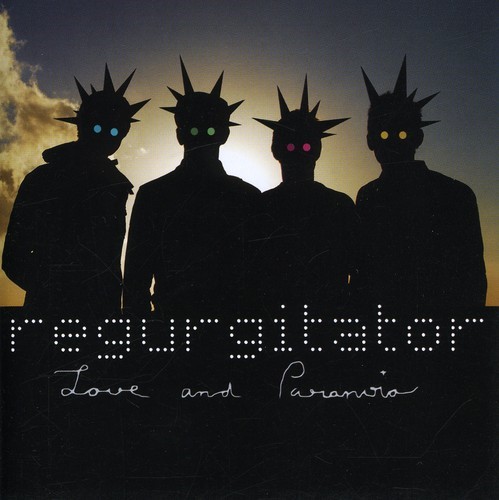 Charting Regurgitator’s discography to this point, Tu-Plang was the audacious debut.  Three young dudes who didn’t know the rules they were breaking with their punk, hip hop, alt, indie audacity.  Unit was a massive risk, giving us an 80s pop album with a 90s alternative twist none of us knew we wanted.  …art and Eduardo and Rodriguez Wage War on T-Wrecks was a band with experience and confidence, and a sound that we were all now familiar with.  Mish Mash was a mid life crisis gimmick that holds up a lot better today than its gimmicky origins should let it.

Now, we get to Love and Paranoia, when Regurgitator became elder statesman of alt-Oz rock.  The kind of band with enough years and records behind them that have earned so much good will with me, all I need is a new album every few years that might not blow me away, but makes me happy that they’re still making music. END_OF_DOCUMENT_TOKEN_TO_BE_REPLACED

In a nutshell, Bored & Dangerous says: “The thing I liked most was how well it holds up when totally detached from the gimmick of its production.” 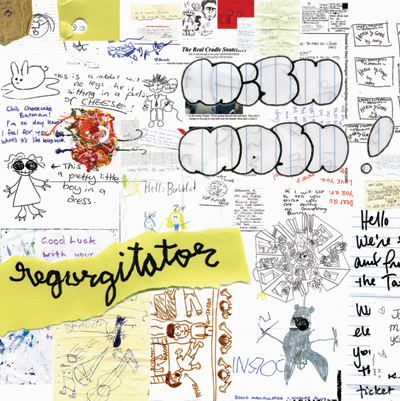 Regurgitator released their first four albums in just five years.  And while the musical styles and inspirations may have swung wildly all over the place, the results were always unmistakably Regurgitator.  Almost like what Quentin Tarantino is to movies, Quan Yeomans and Ben Ely are expert appropriators who know who to steal from and how to use those thefts to create something undeniably their own.

By 2004, it was by far the longest gap the band had ever had between records.  But they didn’t waste that time off.  Instead, they came up with an idea as brilliant as it was gimmicky.  When Regurgitator decided it was time to go back into the studio, they didn’t go back into the studio at all.  Instead, they become The Band in a Bubble.  A studio was set up in Melbourne’s Federation Square where the band would live and record for several weeks under the scrutiny of thousands of passers by everyday, and Australian music TV channel, Channel V.  The result was Mish Mash. END_OF_DOCUMENT_TOKEN_TO_BE_REPLACED

In a nutshell, Bored & Dangerous says: “A pretty great encapsulation of everything Regurgitator had done up until this point.” 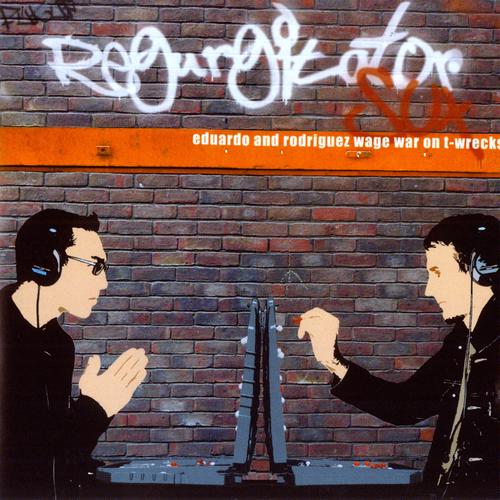 From what I can tell, original Rugurgitator drummer Martin Lee left sometime during the recording of …art.  He gets credited on a lot of the tracks on that album, but I don’t remember ever seeing him play live with them once the record was out.  Guitarist Quan Yeomons and bass player Ben Ely were always the principal song writers, but my naïve young music listening mind in the year 2000 liked to imagine every band was democratically even symbiosis with each member contributing equally to the sound.

Two things had me a little concerned as a Regurgitator fan when it was time for the next record.  The lead single sounded like a deliberate parody and piss take, and the cover only included Yeomans and Ely.  It wasn’t so much that Lee was gone that had me worried.  What concerned me was that those two had (in my mind) declared themselves Regurgitator, with no need for an equal partner member on the drum stool.  Both concerns are clearly manufactured completely in my own head, based on nothing more than my own assumptions.  But they were strong enough that they all came flooding back today when I sat down to once again listen to Eduardo and Rodriguez Wage War on T-Wrecks for the first time in a long time. END_OF_DOCUMENT_TOKEN_TO_BE_REPLACED

In a nutshell, Bored & Dangerous says: “Combines the experimentation and genre bending of their debut, with the more seasoned expertise and confidence of its follow up.” 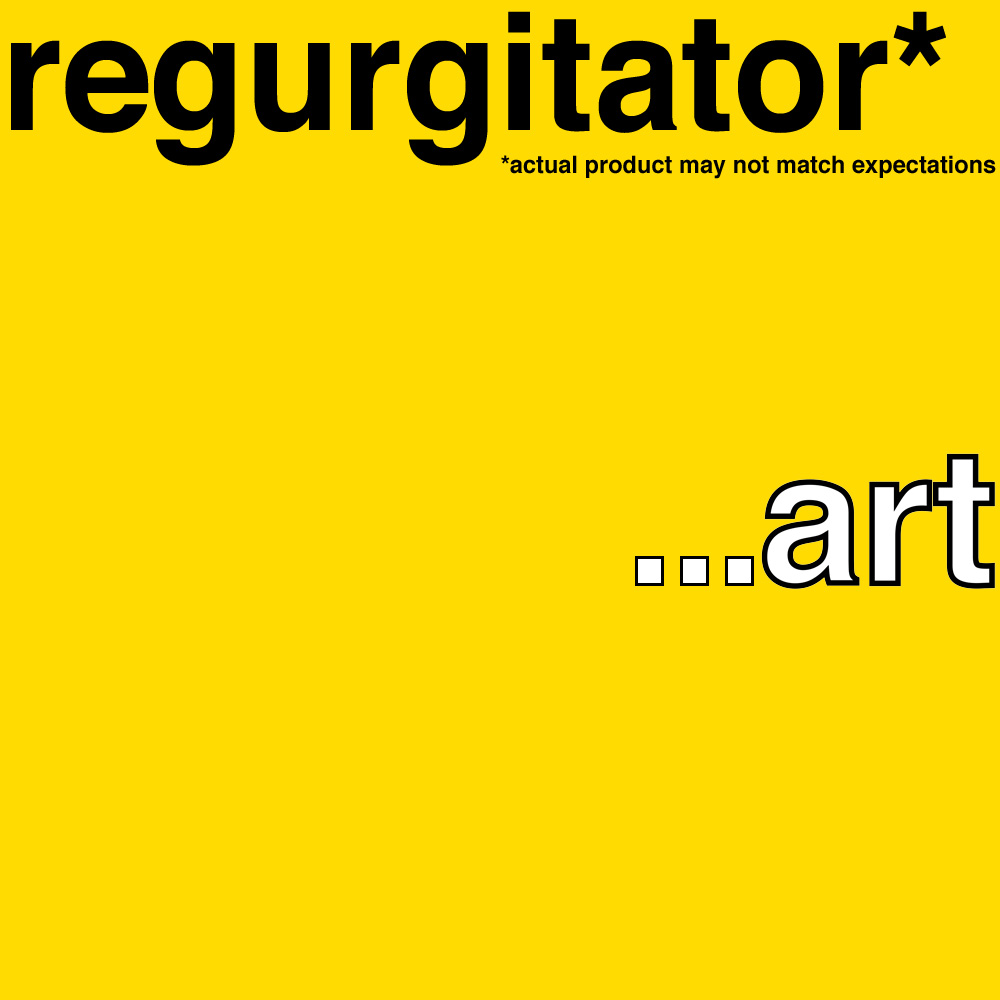 Tu-Plang was the brash debut.  Two disparate creative voices, smashing their styles and idiosyncrasies into each other head first, creating a beautiful monster of punk, pop, rock, hip hop and glorious noise that perfectly fit the mould of Aussie alternative rock at the time, while sounding like nothing else out there.  Unit was a perfectly crafted and intricately executed concept, as 80s pop was taken beyond pastiche for a true post modern refresh that was faithful to the old, while creating something totally new.  After such a jarringly different, yet equally effective opening pair, where did Regurgitator go with record number three, …art?

The perfect ear for melody of Quan Yeomans is evident straight away on Happiness.  Displaying his knack for using organic instruments like guitars, sampled and looped in ways that suggest a more modern, computer driven structure, it’s a great example of this band at this time.  Ben Ely then gets gentle and dreamy on Ghost, using a similar combination of organic heart, surrounded by a more modern, electronic skin. END_OF_DOCUMENT_TOKEN_TO_BE_REPLACED

In a nutshell, Bored & Dangerous says: “One of the most seminal Australian albums of the 90s.” 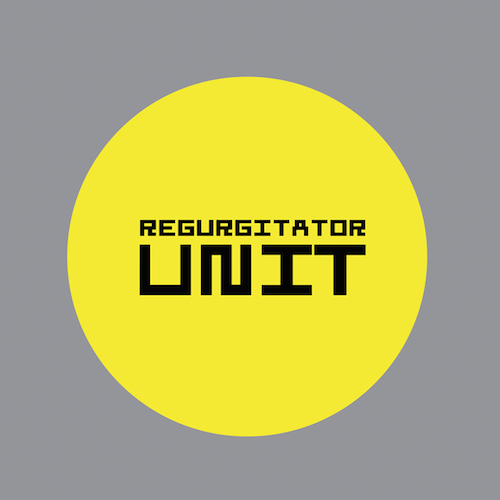 At the risk of sounding hyperbolic, Regurgitator’s Unit might be one of the most seminal Australian albums of the 90s.  That might seem like I’m getting a little carried away when it comes to a slight, half hour record of what could easily (and lazily) be dismissed as pop pastiche.  But it was a stand out, major moment during an era of major moments for alternative, Australian rock.  Regurgitator had become festival headlining, local favourites thanks to a series of increasingly alt-radio popular EPs, and their first full length record, Tu-Plang.  They could have churned out another set of punky, hip hop infused, experimental rock, and everyone would have been happy.  Instead, they took what was a heavily maligned, easy target genre, and went further than just embracing it.  They became it, while still sounding totally true to themselves, with Unit.

Unloading with both barrels by opening with the Ben Ely penned I Like Your Old Stuff Better Than Your New Stuff, it’s a concern common to every band who’s ever had to release a sophomore album after a well received debut.  But here, Regurgitator didn’t just slightly stray from their expected path.  They did a complete 180 from the sounds of the ­Tu-Plang, and announced it loud and proud with the 80s synth of Old Stuff working as both a declaration of their declaration to do whatever they wanted, and a s middle finger to anyone who wasn’t on board with it. END_OF_DOCUMENT_TOKEN_TO_BE_REPLACED

In a nutshell, Bored & Dangerous says: “It hasn’t just aged well, it’s remained absolutely timeless with nothing else like it in the years since.” 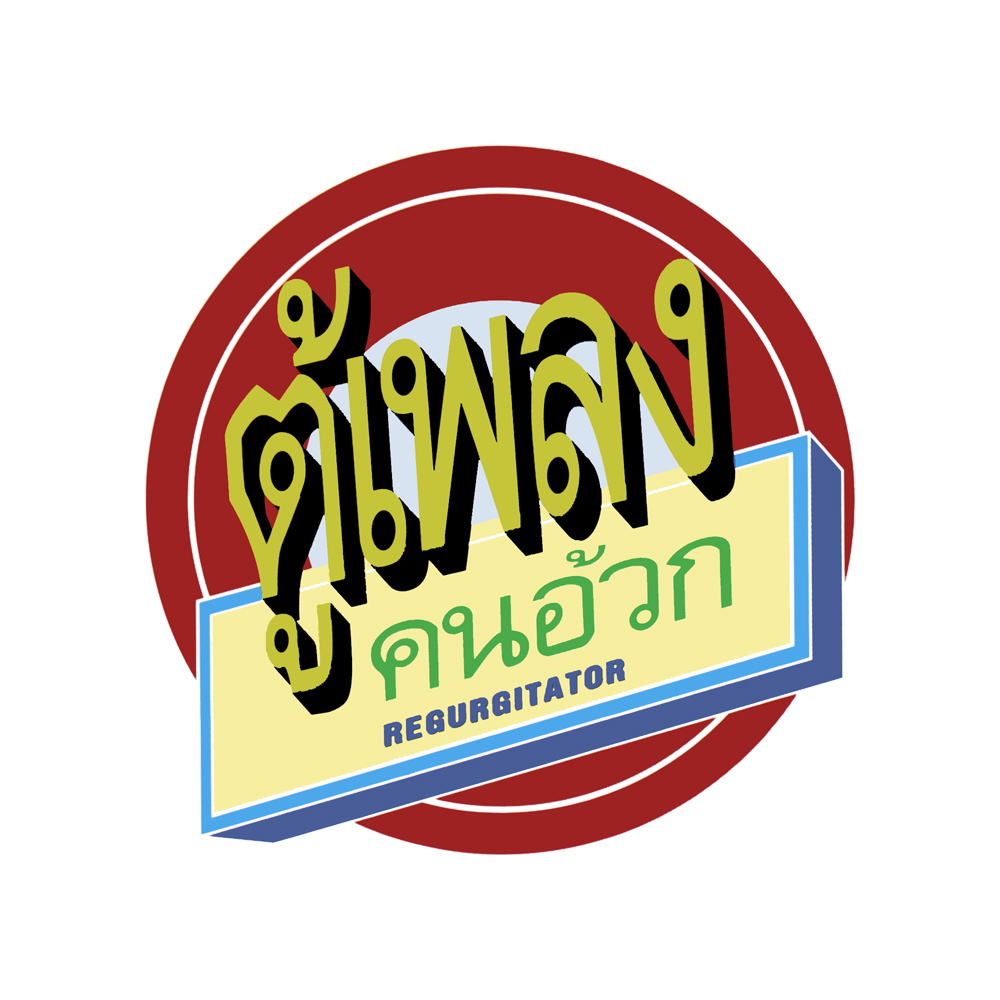 To paraphrase Sophia Petrillo, picture it, Brisbane, 1996.  A 15 year old Pete Laurie is excited about going to see the Red Hot Chili Peppers live in support of the unfairly overlooked One Hot Minute.  He’s less excited about their support act, plucky Brisbane locals, Regurgitator.  I’d heard a few of their singles on alternative radio and thought they were a little too clever and a little too cool.  The next day, after that Chili Pepper show, the first thing I did after school was go and buy my new favourite band’s debut LP, Tu-Plang.

Opening track I Sucked A Lot of Cock to Get Where I Am was one of those “too clever and too cool” things that made me sceptical of the ‘Gurge back in the day.  But that scepticism was admittedly formed without ever hearing the actual song, just the title.  Once I actually gave it a chance and it became a gateway into the (singer/guitarist) Quan Yeoman’s take on the world and sense of humour, it became, and has remained, one of the best instances of anti-pop, rock I have ever heard. END_OF_DOCUMENT_TOKEN_TO_BE_REPLACED