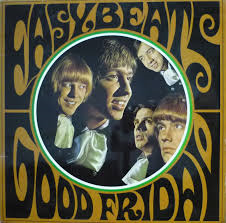 My whole life, I’ve had to listen to my dad bang on about the Easybeats.  “George Young and Harry Vander from the Easybeats are the only reason there’s an AC/DC”.  “They sold more albums in Australian than The Beatles”.  “Your mother’s a terrible cook.”  I’m not sure what the third one has to do with the Easybeats, but I just felt like I needed to round out his top 3 topics of conversation.


Reading an AC/DC biography, I learned that the first statement is absolutely true.  Without the guiding hand of their big brother George, Angus and Malcolm Young would never have had the business brains to make their band one of the biggest in rock history.  I still have no idea if the Easybeats really sold more records in Australian than the Beatles and this is no forum to discuss my mum’s culinary skills.  So, if for no other reason than to maybe have a fresh response next time my dad insists on talk about this band, I listened to Good Friday. END_OF_DOCUMENT_TOKEN_TO_BE_REPLACED

Victims of their own success, AC/DC long ago passed the point where anyone expected them to ever again reach the heights of their late 70s, early 80s heyday. The best part of any new album from the last 30 years has been that it’s an excuse for the band to tour and play those 70s and 80s favourites, while the audience grudgingly puts up with whatever two tracks they insist on playing off the latest release. It’s those last three decades of disposable filler that makes Rock or Bust such an awesome surprise.

Victims of their own success, AC/DC long ago passed the point where anyone expected them to ever again reach the heights of their late 70s, early 80s heyday. The best part of any new album from the last 30 years has been that it’s an excuse for the band to tour and play those 70s and 80s favourites, while the audience grudgingly puts up with whatever two tracks they insist on playing off the latest release. It’s those last three decades of disposable filler that makes Rock or Bust such an awesome surprise.

Only one year after finally conquering America with Highway to Hell, AC/DC had a little bit of a problem. A little bit of problem of the dead singer variety. As charismatic and commanding a presence as Bon Scott was, AC/DC was lucky to be one of the few bands whose front man isn’t necessarily the most identifiable. Angus Young, with his school boy uniform, Gibson SG guitar and on stage antics had been a co-front man from day one. And with band fuhrer Malcolm Young still there to pull the stings and write the majority of the music, AC/DC were back, bigger than ever, and in a shockingly quick time, with Back in Black.


As far as resetting the agenda after such a huge band upheaval goes, you could do a lot worse than opening your album with a song like Hells Bells. It shows that all the non-Bon aspects of the band that fans loved about AC/DC are still there. There’s the driving guitar, the no frills but pinpoint accurate rhythm section, and there’s a clear added level of confidence after the success of Highway to Hell. It also gives new singer, Brian Johnson, a chance to immediately show what a great fit he is for the band. END_OF_DOCUMENT_TOKEN_TO_BE_REPLACED 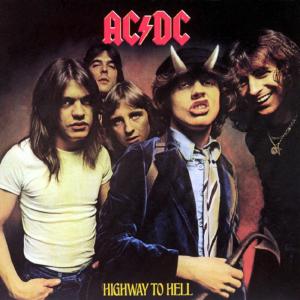 After conquering Australia, then a few rocky years and rocky albums chasing American attention, AC/DC finally got massive mainstream success, just in time for Bon Scott to die after only the briefest taste. Looking at the albums that came before this time, there are plenty of enduring hits and hard rock classics. But what gave Highway to Hell the honour of being that crossover to bring them massive mainstream success?


The title track kicks things off with one of Malcolm Young’s most memorable riffs. It’s simple, it’s sparse, it leaves plenty of room to breathe and it drives home that signature AC/DC freight train relentless sound that has been the backbone to everything that’s right about this band for so many years. END_OF_DOCUMENT_TOKEN_TO_BE_REPLACED

‘Prolific’ is a word that doesn’t seem to do justice to the early days of AC/DC. Their first nine albums were released in the span of just six years. Now that I’ve taken the time to look back more thoroughly at those early years than I ever have before, I realise something. Those first few years and first few albums were a band still figuring out who they were, what their sound was, what they were good at.


Like a comedian taking a rough premise to the stage, then hoping the punch lines come to them under the heat of the spotlight, AC/DC basically put their rehearsals and formative growing pains out there for the world to hear. One of those formative years that I think could be seen as a clear bridge between the heavy blues oriented really early years, and the more heavy rock-reliant boom years, is Let There Be Rock. END_OF_DOCUMENT_TOKEN_TO_BE_REPLACED 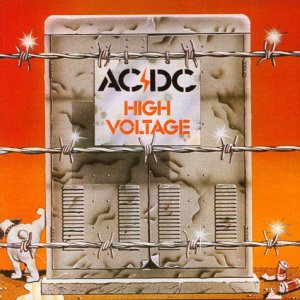 I like AC/DC. I’ve seen them live a few times in my life, they’re responsible for some of the most iconic and enduring songs in hard rock, and it’s possible that they’ll go down in history as the greatest band Australia has ever produced. Having said all that, I couldn’t have been less interesting or excited when I heard a few months ago that a new album was in the works. I don’t think anyone would argue when I say they haven’t made anything interesting or surprising since 1990’s The Razor’s Edge. A lot might even say that drought has been in effect since 1980’s Back in Black. The real old school fans (ie. my Dad), reckon nothing good has come from this band since Bon Scott died in 1979 and the “new bloke” took over.


My “couldn’t have been less interested” attitude has recently changed though, after reading Mick Wall’s AC/DC: Hell Aint a Bad Place to Be. The story of the several rises, falls and current decades long plateau of this band made me more intrigued than ever. It made me want to hear the new album, but more so, it made me want to listen to the old stuff more than I ever have before. Starting where they did, with their debut, High Voltage. END_OF_DOCUMENT_TOKEN_TO_BE_REPLACED
Loading Comments...