In a nutshell, Bored & Dangerous says: “I went into Coloring Book worried that I had built Chance the Rapper up too much in my head, based on too little.  Turns out, those hopes weren’t high enough.”

Chance the Rapper is a dude who I have only ever seen and heard through guest verses on other people’s songs.  I like what he did with Kanye and I was a big fan of what he did with Action Bronson.  It’s because I like those little snippets of him so much, that I have been so lazy in getting around to his latest LP, Coloring Book.  I dug his guest spots so much, I was worried I’d have too high expectations of an entire album and come away disappointed.  But I’m a trooper, so I jumped in anyway.

The great mix of a vintage, jazz trumpet, with the signature Chance the Rapper weird yelps last upwards of five seconds before All We Got gives way to a flow so precise and natural, it goes beyond sounding written and rehearsed, and becomes more like it’s as much a part of his everyday life as breathing.  Then it’s time for some standard hip hop hubris on No Problem, opening with a threat to labels dumb enough not to take a chance on Chance.  But there’s a wink and sense of humour to his delivery that makes it sound a lot more endearing and self aware than your standard insecure rap braggery.

I’d heard a lot about the gospel influence throughout Coloring Book, but even then, I don’t think I was ready for how blatant and smooth it is in the intro to Summer Friends.  A smoothness that leads into a staccato, dozen-word-a-second vocal that makes for a fantastic anachronistic blend.  With its stream of consciousness feel and laconic, barely there samples, Blessings is the kind of song that can take potentially pretentious meanderings and make them sound heartfelt.  Seriously, it’s not easy to pull off a line like, “I don’t make songs for free, I make them for freedom”.

Chance himself gets into the gospel swing of things with a lot more passionate singing than swagger filled rhymes on Same Drugs.  Things get a little more standard, modern day hip hop with collaborations and requisite auto tuned verse on the Young Thug and Lil Yachty assisted Mixtape.  But the weirdness, jerkiness and yelps are back in full force for the energetic, and perfectly A.D.D Angels.

Slow jam time arrives with the smooth Juke Jam, before getting a little disco and dancey on All Night for two and half minutes of unabashed fun that might be my favourite two and half minutes on Coloring Book.  The much hailed gospel influence is turned up to 11 on How Great for an awe inspiring sound of celebration that makes its title sound like an understatement. 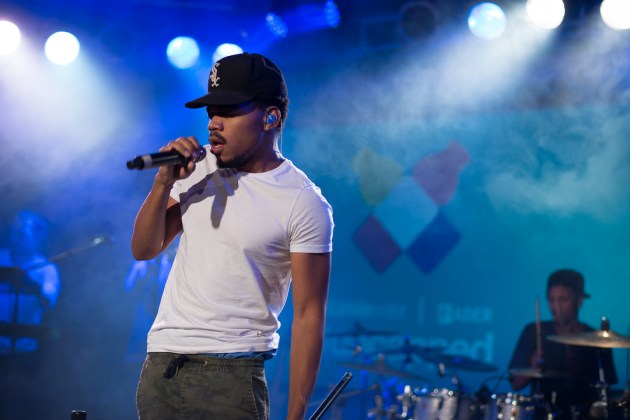 While I never found Coloring Book to really delve into any real darkness or cynicism, there’s an extra bounce and brightness to Finish Line / Drown that makes it a super up beat late entry that stand out in a track listing full of super upbeat sounds and beats.  It really is an awesome cap on top of an awesome record.  I went in to Coloring Book worried that I had built Chance the Rapper up too much in my head, based on too little.  Turns out, those hopes weren’t high enough.

Other Opinions Are Available.  What did these people have to say about Coloring Book?
The A.V Club
Pitchfork
The Music Babbler