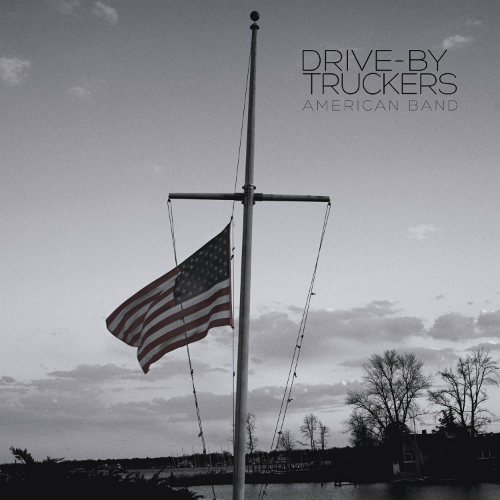 At the turn of the century, Drive-By Truckers released their double LP breakthrough opus, Southern Rock Opera. 15 years later, they’re back with a sequel of sorts in American Band.  While Rock Opera tackled the dark past of their southern homeland, from the Civil War to civil rights, their latest tightens much of the focus on time to the present day, while expand geographically to the entire United States.

From Black Lives Matter, to gun control, to border issues ad immigration, to the conservative right wing, to exposing the ignorance of a rose coloured nostalgia for the good old days, core song writers Patterson Hood and Mike Cooley have exploited their southern rock, 60s soul and country lament to make a record lyrically topical and musically timeless. After showing signs of mellowing with age on 2014’s English Oceans, the Truckers hang up the acoustic guitars for the majority of American Band, letting their passion, disbelief, and just a little hope shine through via rocking riffs and soaring solos for the most part. Which makes quieter moments all the more effective.

A decade and half ago, Hood’s view of his southern roots were, “proud of the glory, stare down the shame”. American Band makes it sound like Drive-By Truckers are worried there might not be enough glory to offset the many current national shames. But even at their most frustrated and bewildered, at the heart of every song is the band’s unmistakable belief in the power of rock and roll.