“That jerk Karl Marx said opium was the… religion of people. I got news for him, it’s money.”

John Cassevetes is a cinema name I’ve heard a lot.  But I think until a few years ago, I assumed he was just some stone faced, hard ass actor, in the vein of Lee Marvin, or Clint Eastwood, or Burt Lancaster.  Then, I somehow found out that he was a director as well as actor.  Even better, he was the kind of rogue director who acted in mainstream movies, just so he could spend his pay cheque on making his own little indies.  That’s the kind of rebel Hollywood story I love.  So I knew I had to see some of his work as a director.  Starting with The Killing of a Chinese Bookie.

Cosmo Vitelli (Ben Gazara) owns and runs a small time strip club.  It’s nothing amazing, but it pulls enough money for Cosmo to finally pay off a long standing gambling debt.  Obviously not the kind of bloke who learns from his mistakes, Cosmo celebrates paying off his last debt by going out for big night of gambling, and wracking up a new one.  $23,000 in the hole, the people Cosmo is in debt to aren’t the kind of people to accept an installment plan for repayment.  Instead, they have a deal for Cosmo.

Instead of cash, they will accept services.  In this case, Cosmo is coerced into killing a rival Chinese bookie.  After a little resistance, Cosmo reluctantly accepts the deal and puts his plan into action.  The only problem is, his target isn’t some low level bookie at all, he’s the head of the local Chinese mafia.  And any attack on a man of this stature is sure to bring some serious blowback.

From what I know about John Cassavetes as a film maker, which is admittedly not very much, he was obsessed with authenticity.  Acting and movies weren’t about creating a facsimile of real moments, they were about creating actual moments.  And if that was what he was going for here, he more than accomplished it.  The Killing of a Chinese Bookie is heightened in places and tells a pretty sensationalised story.  But at the same time, even the most heightened and sensationalistic aspects almost feel like a hidden camera capturing real life events, not actors performing. 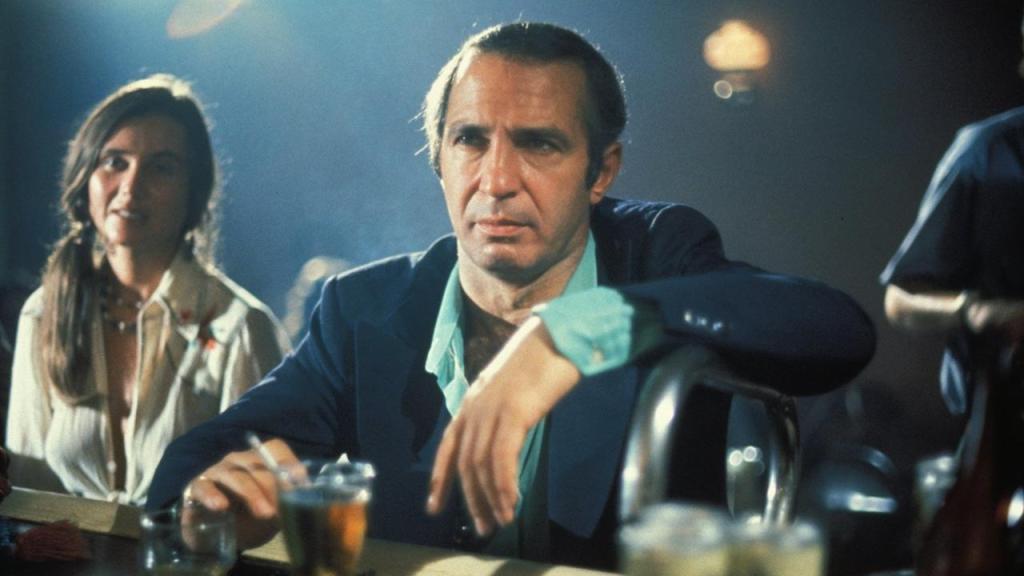 As my first experience with John Cassavetes as director, The Killing of a Chinese Bookie more than did the job of making me want to see more.  This verite style of movie making is nothing that I haven’t seen plenty of times before.  But now, I realise that a lot of the newer movies that attempt this kind of gritty realism are probably influenced by, if not blatant copies of, Cassavetes.  It’s great to know I have the entire filmography of this pioneer ahead of me.

Other Opinions Are Available.  What did these people have to say about The Killing of a Chinese Bookie?
The New York Times
Pop Matters
Martin Teller