In a nutshell, Bored & Dangerous says: “I was constantly entertained every time the two power hitters came up to bat.” 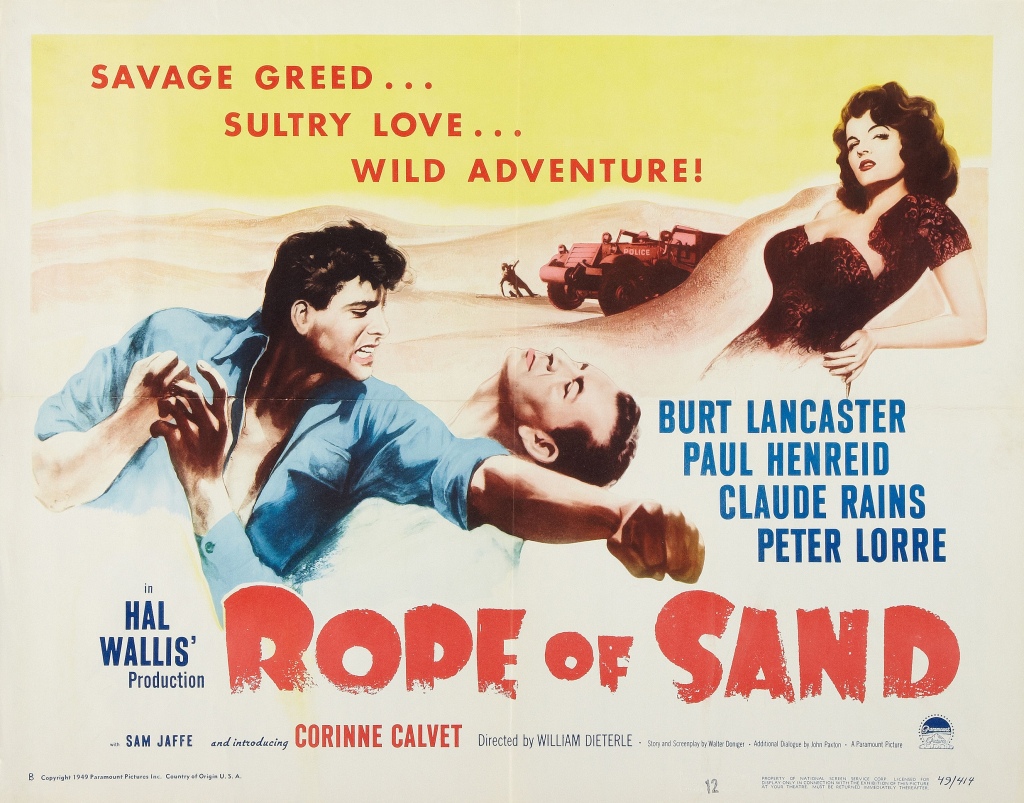 “Consider the diamond itself for instance. Carbon, soot, chemically speaking. And yet the hardest of all matters. So hard, in fact, that whatever it touches must suffer.   Glass, steel, the human soul.”

Before I started writing about movies for Bored and Dangerous, I always knew Burt Lancaster was pretty great, but I never knew why.  Tough Guys, his awesome 80s team up with Kurt Douglas and Dana Carvey, might have been the only movie of his I could name off the top of my head back then.  But in the last few years, I have seen a good handful of Lancaster joints.  Some I sought out, some I have been lucky enough to stumble across, but all have been further proof of his awesomeness.  Including my latest lucky discovery, Rope of Sand.

It’s Colonial South Africa, a time when white dudes from various European nations had decided they’d just take whatever they wanted, including South Africa’s immense deposits of diamonds.  When big game hunter Mike Davis (Lancaster) returns to town after several years away, diamond company cop Vogel (Paul Henried) is immediately on his back.  It seems last time Mike left town, it was after a vicious beating at Vogel’s hands in search of a bunch of stolen diamonds.

Vogel assumes Mike’s back to claim his hidden stash, and he employs nightclub dancer (Corinne Calvet as Suzanne Renaud) to seduce the location of the diamonds out of Mike.  All the while, Toady (Peter Lorre) is creeping around the edges, offering inside info and assistance to Mike.  But because he’s played by Peter Lorre in a quintessential Peter Lorre way, it’s never quite clear which side he’s on, or how genuine is help and info are.

Maybe in 1949, Rope of Sand was gritty and menacing and hard edged.  But watching it now, most of Rope of Sand comes off as pretty corny.  Sure, Lancaster is as jaw clenched and hard as nails as ever.  And Peter Lorre doing his thing is always entertaining.  But the moustache twirling of Henried is just hammy, while a long fight scene between the protagonist and antagonist is about has natural and real as Hulk Hogan taking on Sgt Slaughter at Wrestlemania 7.

The good news is, a clenched jawed Burt Lancaster and Peter Lorre-fied Peter Lorre are enough to make up for all of that.  I may never have cared about the romance angle, or Vogel’s quest for diamonds, revenge and whatever other clichéd bad guy motivations they threw in there.  But I was constantly entertained every time the two power hitters came up to bat. 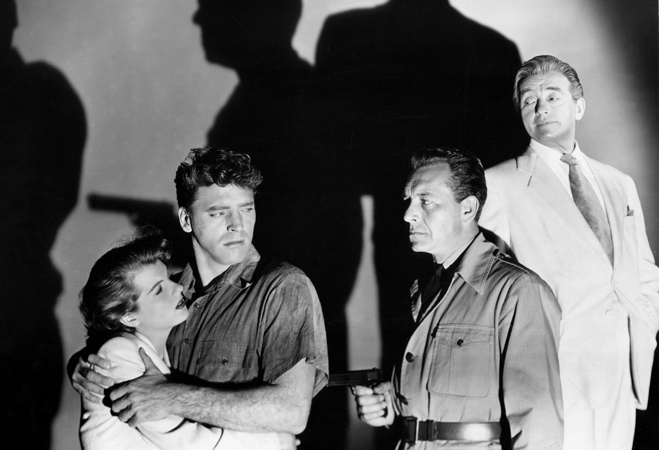 Other Opinions Are Available.  What did these people have to say about Rope of Sand?
Slant Magazine
Turner Classic Movies
Speakeasy