In a nutshell, Bored & Dangerous says: “The biggest pleasures with Spike were in its surprises.” 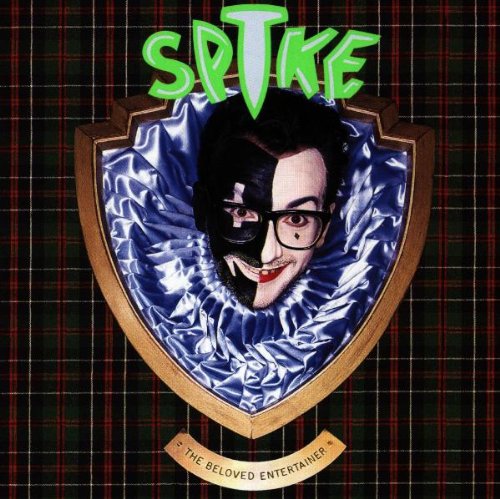 In 1986, Elvis Costello released his album, King of America.  An album of which I said, “It’s great to hear an album by someone who I was so sure I was familiar with, to only then be surprised in different ways from song to song.”  It was that surprise that inspired me to dig deeper into this guy who I have always liked, but was becoming increasingly aware that I had also always taken for granted, expecting a very specific kind of music.  So, what surprises were in store with Costello’s record from three years later, Spike?

With an over produced drum sound and bouncing synth, the first few seconds of …This Town… had me wondering if I was listening to the wrong album.  But the second Costello’s voice joins the fray, this is undeniably an Elvis Costello song.  The little production flourishes continue with hints of similar period Peter Gabriel, but Costello’s voice is more than enough to overpower them all.

With its booming piano bass notes and Costello’s cool, measured delivery, Let Him Dangle sounds like the theme song to some neo noir, shot with a modern, digital camera, the black and white filter added later.  Conjuring such specific, present day images isn’t a bad feat for a song that’s a quarter of a century old.

I know Costello has indulged in plenty of genres over the years, including several collaborations with Bert Baccarat, but I still assumed anything from his 80s solo days would ultimately be standard singer songwriter stuff.  Which makes the delicate but upbeat piano and sultry horns of Deep Dark Truthful Mirror stand out so much and so well.  Up next is quintessential 80s, solo, singer song writer Elvis Costello, Veronica.  Or maybe I just think it’s all those things because it’s one of the songs I am personally most familiar with.  The important thing is, it’s brilliant.

Spike gets a little more stripped back, if no less intricate, on God’s Comic.  Beautiful harmonies, odd instruments and a gentle samba beat make for something just as satisfying as the more elaborate songs that come before it.  The script flipping continues with the guitar and horn funk of Chewing Gum.  Whoever knew a tuba could sound so cool?  And God’s Comic sounds espically grand compared to the traditional Irish guitar, mandolin and violin of Tramp the Dirt Down.  A sound heard later on the subdued and mournful Any King’s Shilling.

He goes into full on crooner with the 50s inspired, big band balladry of Satellite, and the more traditional rock of what I associate with earlier Costello is churned out with the driving bass, soaring organ, jangled guitar and angsty vocals of Coal-Train Robberies. 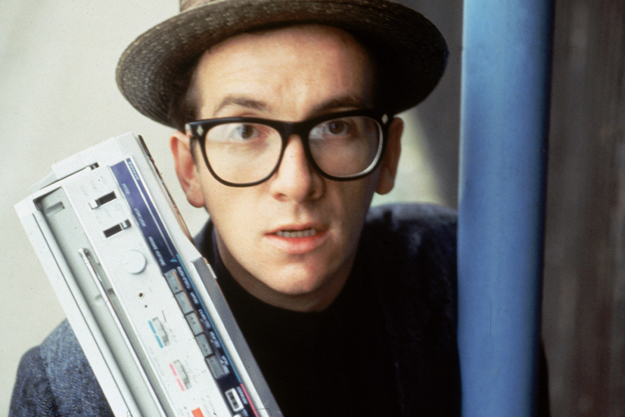 Just like King of America, the biggest pleasures with Spike were in its surprises.  Very little fit into the pigeon hole that I have associated Elvis Costello with for decades.  And while those songs that did fit were great, the ones I never expected offered more immediate satisfaction.  And I think the majority will hold up long after that initial surprise is gone.

Other Opinions Are Available.  What did these people have to say about Spike?
Rolling Stone
Ultimate Classic Rock