In a nutshell, Bored & Dangerous says: “Vintage heart and soul rock and roll.”

Funk, soul, vintage R n’ B…  These ingredients in such full flavoured force aren’t something to be expected on a record from 2015, but You Look Good to Me delivers a heapin’ helpin’ that makes me want to watch a super low budget, B grade movie from the 70s.  The 70s vibe is only amplified even more with the dirt and grit of Stepping Stone.  It has an evangelical vibe as the vocals are preached in between bursts of sleazy rock that sounds way too cool to have been made this millennium.

Even when a layer of spit and polish is added to Fly Golden Eagle, these songs lose none of their edge.  Magic Steven and Monolith might be a little slower, a little more tender and a little more smooth in their approach, but they grab just as hard as the rougher songs that preceded them.  But later, all pretence is totally abandoned with the straight ahead, 50s inspired rock and roll of The Slider.  A song that makes me realise that the secret weapon of Quartz Bijou is the rhythm section.  The drums and bass of this record are so integral to the momentum.  They’re not backing things up, they’re driving this thing all the way.

The rhythm section is so good, it’s not even a surprise when they become the centre of a song that is basically drum and bass electronica, just with analogue instruments.  Tehuacana has the feel and structure of samples and loops building to an action movie chase scene, but the heart of everything great about Fly Golden Eagle beats too strong to ever be overpowered.  It’s still real people, playing real instruments, expertly tackling a vibe usually only attempted by DJ’s and computers. 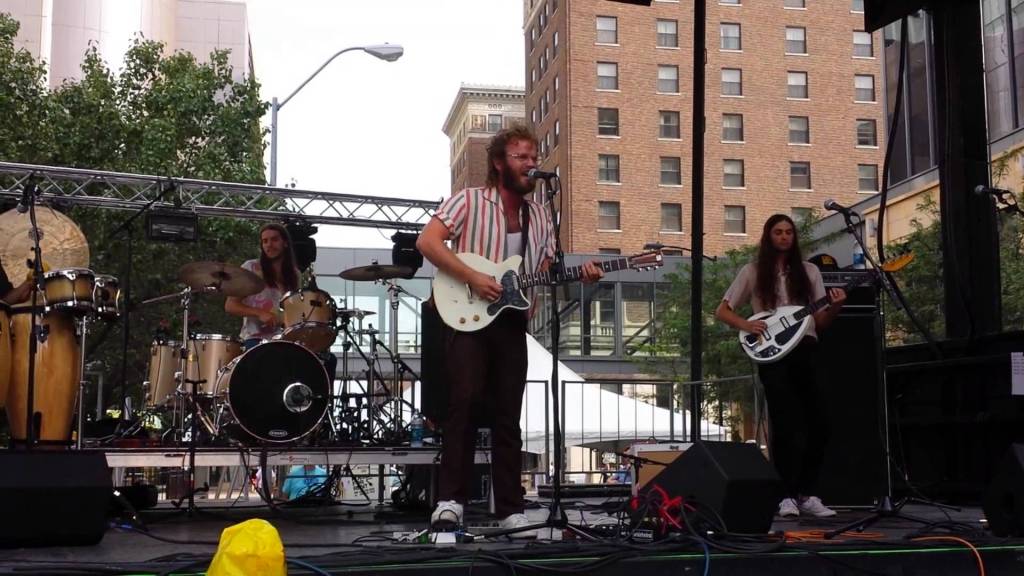 So, my method of choosing a band based on who else is on their record label is now showing a 50/50 success rate.  Actually, I’d say it’s showing a success rate more like 80/20.  Because despite how infuriated as I was by the overly self conscious and manufactured “weirdness” of King Gizzard and the lizard Wizard, it was mammothly outweighed by the vintage heart and soul rock and roll of Fly Golden Eagle and Quartz Bijou.

Other Opinions Are Available.  What did these people have to say about Quartz Bijou?
Drowned in Sound
The 405
Pittsburgh in Tune