In a nutshell, Bored & Dangerous says: “If nothing else, Special Correspondents is a great show reel for Gervais the director.”

“We’ve got wine, snacks, not being shot at.”

While Netflix is killing it with original TV shows, it’s still a little new to the feature film game for me to automatically associate it with quality.  Although, Beasts of No Nation and Pee Wee’s Big Holiday make a pretty good case for the streaming service knowing what they’re doing.  But they were also movies that I heard about long before they came out.  When an original Netflix movie, with a pretty good cast pops up out of nowhere, with no buzz, that makes me a little worried.  But that cast was enough to make me take a chance on Special Correspondents.

Working for a news radio station in New York, Frank Bonneville (Eric Bana) is a hot shot reporter.  Not because of how well he reports the news, but because of how well he can create sensationalism from the smallest kernels of the truth.  Helping report those stories is nebbish sound engineer, Ian Finch (Ricky Gervais).  When a massive story begins to break in Ecuador, Frank and Finch are sent south of the border to report live from the scene.

Only, in a brief moment of empowerment, Ian goes to throw a letter he’d written to his philandering wife (Vera Farmiga as Eleanor), but instead, throws away his and Frank’s passports and tickets.  After some flimsy, plot convenient reason that I’ve already forgotten is given, the two decide that they can’t admit the truth and go back to the radio station.  Instead, they’ll bunker down in the apartment above their favourite Ecuadorian cafe (which also happens to be over the road from the radio station), and fake their reports thanks to Finch’s skills as an audio engineer.

Also, America Ferrera plays Brigida, one of the Ecuadorian owners of the café.  I’m awkwardly shoehorning a mention of her in here, because while her character isn’t very integral to the story, Ferrera is absolutely the best, funniest thing in this movie.  The character of Brigida is basically a one joke premise about naivety and stupidity.  But Ferrera plays it with such wide eyed, innocent positivity, that one joke only gets funnier and funnier.

Gervais has become one of those people whose opinions I generally agree with, but I just find him increasingly insufferable in the way he forces those opinions on the world.  So the biggest relief with Special Correspondents was how little I felt like I was being beat over the head with a message.  More often than not, he goes for the joke, rather than the agenda, and those go for broke joke moments are when the movie is at its best.

Love Gervais’ work or hate it, one thing that can’t be denied is that when he’s in creative control, he tells very personal stories that obviously mean a lot to him.  The Office and Extras were so good because they were such specific, personal perspectives of their worlds.  The Invention of Lying was a bit of a mess, but it was at least a fresh premise told in a fresh way.  Which makes it weird that one of the things I appreciated most about Special Correspondents was how anonymous it is. 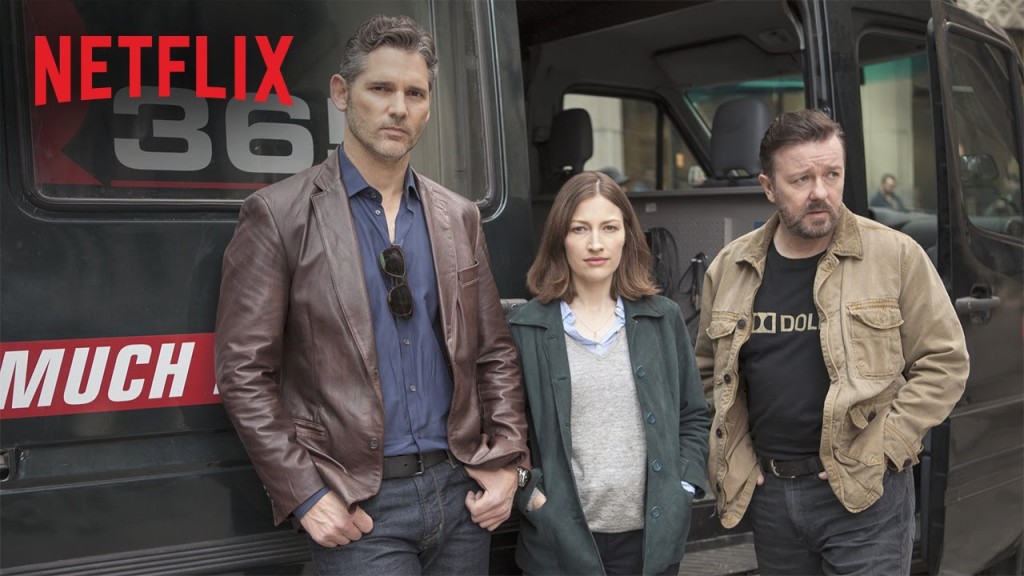 It doesn’t have a particularly Gervais look or feel.  It doesn’t tackle standard Gervais themes.  And while Ian Finch falls back on a few of Gervais’ standard acting ticks and quirks, he does a good enough job as a believable everyman.  If nothing else, Special Correspondents is a great show reel for Gervais the director.  It proves he can make a real movie, with real actors, real structure, even real actions scenes.  And it proves that he can get out of the way, and not let his persona smother everything else around it.

Other Opinions Are Available.  What did these people have to say about Special Correspondents?
The A.V Club
The Guardian