In a nutshell, Bored & Dangerous says: “The emotions are broad and obvious, the exposition and story beats are clearly and repeatedly stated, and the lesson it’s trying to teach is telegraphed from a mile away.” 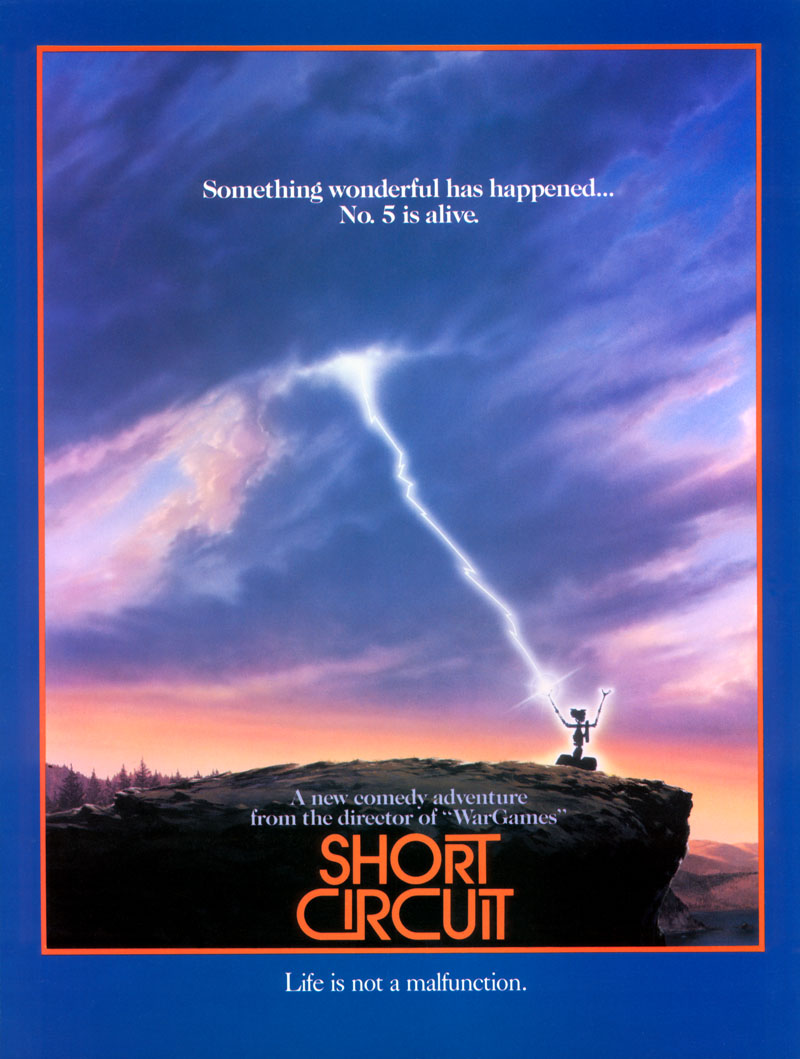 “Hey, laser lips, your mama was a snow blower.”

In the almost three years that I’ve been posting on Bored and Dangerous, I’ve reviewed close to 1,000 movies.  The vast majority of those were movies I was watching for the first time.  Even before I started this blog, I’d say I watched way more movies than the average person.  Which is why it surprises me when I come across movies that are nostalgically loved by my generation, that I somehow am yet to see.  One of those movies was Short Circuit.

I was only five or six when it came out, so I don’t think it’s so weird that I don’t remember its release.  But I clearly remember the constant TV ads for its sequel a few years later.  And I remember how determined I was to see it and its predecessor.  I guess the hectic life of a nine year old got to be too much. Because I never fulfilled that 1989 dream.  Then somehow, the whole concept of Johnnie 5 managed to escape me for another quarter of a century.  Until my mobile phone carrier gave me a free subscription to the streaming service Stan, which lead me to stumbling across, and finally seeing, that nostalgic favourite of my generation, Short Circuit.

It’s a big day for weapons manufacturer Howard Marner (Austin Pendleton).  He’s finally showing off his high tech range of robot soldiers to the US military.  Everything goes to plan with his robots effortlessly blowing up tanks and mixing cocktails.  But when a thunderstorm hits and one is struck by lightning, the robot goes haywire, inadvertently escaping from the secure facility.  Now it’s up to the nerdy robot building scientists Newton Crosby (Steve Guttenburg) and Ben Jabituya (Fisher Stevens) to find and reprogram the rogue robot before it’s found and destroyed by over zealous head of security, Skroeder (GW Bailey).

Bumbling his way through the outside world, the robot has gained sentience via the lightning strike and starts to develop a personality.  He’s soon taken in by animal lover Stephanie Speck (Ally Sheedy) who provides the information input he craves, including books, TV and anything else he can consume to learn about the world around him.  With knowledge comes increased self awareness, until the robot declares himself very much, alive.

It’s amazing that Short Circuit and Robocop would come out within a year if each other, and take their very similar base stories in such wildly different directions.  Both start with an attempt to replace human security forces with unfeeling, totally pragmatic, logical machines.  Both have these initial plans thwarted by machines overstepping their programmed boundaries.  And both come to a surprisingly similar conclusion, that human emotion, for all its unpredictable messiness, is a priceless commodity.  They just take slightly different narrative approaches in between the setup and getting to that conclusion.

Short Circuit is an unapologetic kids’ movie.  The emotions are broad and obvious, the exposition and story beats are clearly and repeatedly stated, and the lesson it’s trying to teach is telegraphed from a mile away.  All while being filled with jokes, set pieces and examples of “cool” that middle aged film makers and studio heads thought kids would like.  And thanks to my own unavoidable nostalgia for the 80s, I couldn’t help liking it precisely because of all of those things.  Sure, kids today get the impeccable storytelling and emotional brilliance of Pixar movies, but in my day, we got clunky robots dancing to the Bee Gees.  So you tell me, which generation had it better?

Other Opinions Are Available.  What did these people have to say about Short Circuit?
Roger Ebert
The New York Times
Tim Neath