In a nutshell, Bored & Dangerous says: “Charming and tragic are the best way to describe everything that works in this movie.” 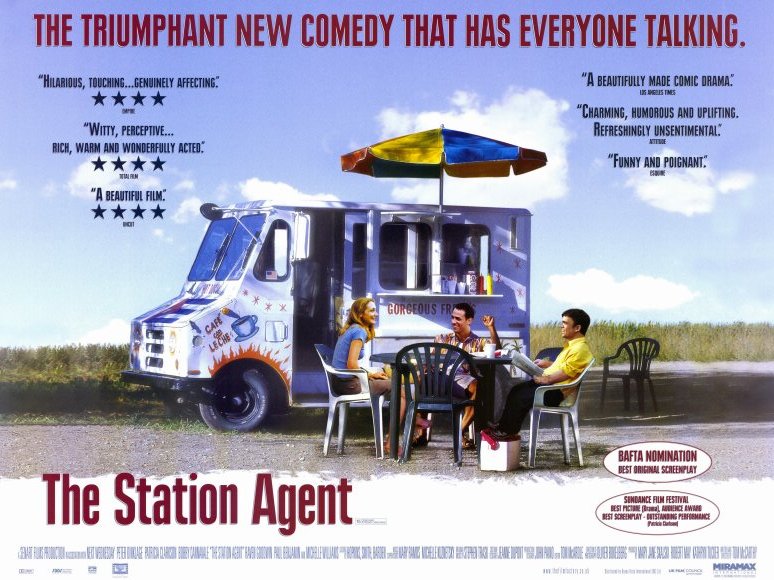 Recently, in my neighbourhood, I saw something that’s all too common these days.  A video shop that was closing down.  They had a big sign out the front, “4 movies for $10”.  I looked in my wallet, saw $30 and decided I wasn’t leaving that shop until I found 12 movies I thought were worth having on my DVD shelf.  Some were movies I’d seen before.  Some were movies I had a vague idea about and thought would be worth the $2.50 gamble.  Some were oddities I’d never even heard of, but they looked interesting enough.  So, thank you, Network Video Brunswick West.  I never rented anything from you or even had a membership, but I did find some cool, interesting and mysterious things on your almost empty shelves.

“It’s funny how people see me and treat me, since I’m really just a simple, boring person.”

I remember when The Station Agent came out over ten years ago.  It was one of those movies that made a splash much bigger than its budget and cast would have indicated.  It was a festival hit, it was a small indie that punched way above its weight, and it was the kind of thing movie snobs love.  It also proves that sometimes, the movie snobs are right.


Being a dwarf means that Fin (Peter Dinklage) has been noticed his entire life, and he’s obviously over it.  He does his best to avoid people whenever possible and seems to only have one friend, his boss at the model train shop where he works.  His friends list shrinks to zero when his boss dies, leaving Fin an old railway station house and some land in New Jersey.  At first, the station house seems a perfect for Fin.  He’s a little isolated and away from prying eyes, and it’s the perfect place to pursue his hobby of train spotting.

But his first morning in his new home, Fin realises it’s not quite as removed from society as he had hoped.  Every morning, the over friendly Joe (Bobby Cannavale) opens his hotdog van on the vacant lot next door to Fin’s station house.  Joe’s given up life in Manhattan to run the van for his sick father, and is obviously desperate for friendship.  Their trinity of sad lonesomeness is completed by Olivia (Patricia Clarkson).  An absent minded artist, she almost runs Fin down with her car twice on his first day in town.  The three form an unlikely support system and begin to open up more and more with each other.

Charming and tragic are the best way to describe everything that works in this movie.  The moments of almost broad comedy as Joe forces his company on Fin are perfectly balanced by the moments of severe sadness that overcome all three key characters at different times.  Those downers make the fun times seem so much more earned and important in their lives.  Even an adorably awkward kid (Raven Goodwin as Cleo) isn’t enough to put The Station Agent over the edge of indie preciousness. 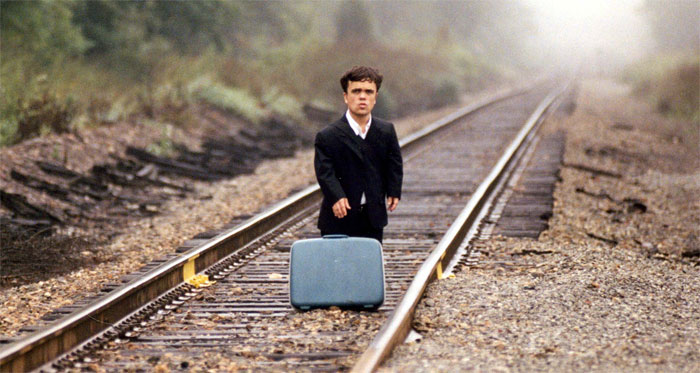 When it was made, Peter Dinklage was still years away from winning TV as Tyrion Lannister on Game of Thrones.  And Bobby Cannavale was just getting started with his run of always being the best part of anything he’s in.  Those performances, as well as Clarkson who’s just as awesome, are what made The Station Agent hit so much bigger than expected back then.  And it’s those performances that still more than hold up today.

Other Opinions Are Available. What did these people have to say about The Station Agent?
Roger Ebert
The New York Times
Tom Lainchbury