In a nutshell, Bored & Dangerous says: “Tony Scott and Denzel Washington are so committed to all of these clichés in such a real, genuine way.  If there’s a joke, they’re not in on it.”

“Forgiveness is between them and God. It’s my job to arrange the meeting.”

I find myself dismissing action movies a lot.  But when I do watch them, I more often than not really enjoy them.  Until my movie snobbery makes me forget that, and I dismiss the genre again   But I really need to just accept that a well made movie is a well made movie.  Even if its genre isn’t the most cerebral.  Because sometimes all you need is a tight script, well shot action set pieces here and there, and an awesome ass kicker in the lead role.  Sometimes all you need is something like Man on Fire.


Former special forces soldier, former government spook, current drunk, Creasy (Denzel Washington) is in need of work.  His old friend Rayburn (Christopher Walken) is able to help via his security firm, getting a Creasy a gig guarding a family in Mexico.   Specifically, guarding their young daughter, Pita (Dakota Fanning).  Kidnappings in the country are so frequent, it’s common for family’s like Pita’s to take out kidnapping insurance.  But their current policy has lapsed, hence the need for Creasy.Open about his drinking, Creasy lets the family know that he is there to do a very specific job that will be commensurate with the discounted rate they’re paying him.  He initially tries to keep things all business between himself and Pita, but her adorableness eventually wears him down and a bond is formed.  But this is a movie about a bodyguard in a country where kidnappings happened literally evert few minutes.  So the happier its characters become, the more inevitable is some sort of tragedy.

Looking at Washington’s IMDB page, Man on Fire is the beginning of his action hero period.  From here, the gunplay, explosions and badassery of his movies grows as we get titles like Inside Man, The Taking of Pelham 1 2 3, The Book of Eli, The Equalizer and more.  But even watching this after seeing several of those movies, it’s still fresh and new, like I could tell it was the first step in this new era of Washington’s career.  And I think that freshness comes down to director Tony Scott. 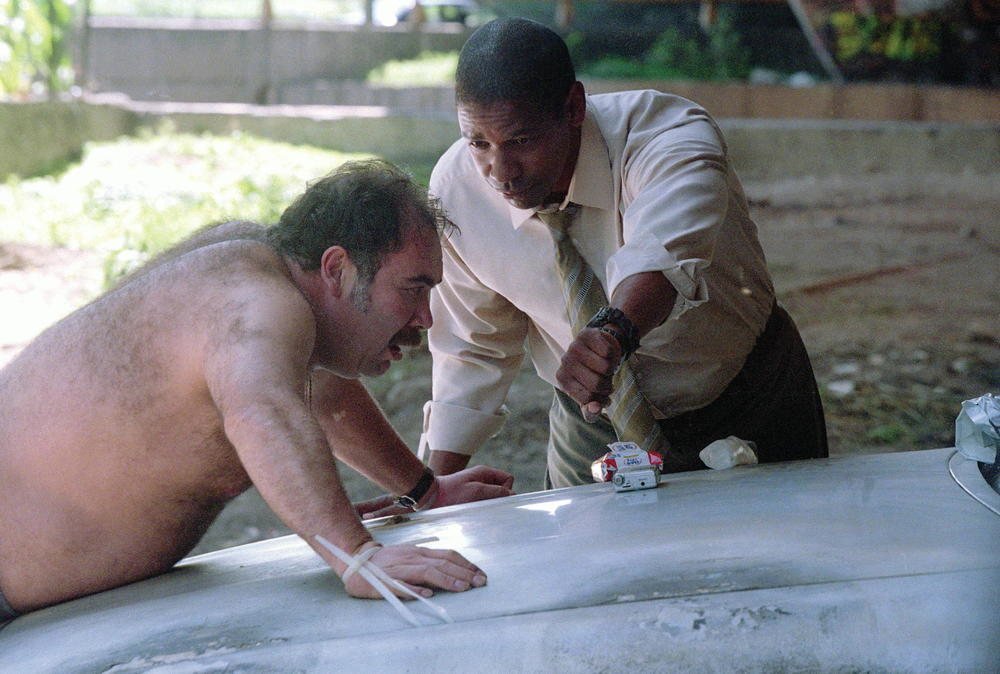 Like John Carpenter in the 80s, Tony Scott always knew how to take B-grade, genre film making seriously.  He did over the top, ludicrous action, but he always did it with a straight face.  Creasy’s military past and alcohol fueled present are over the top and clichéd.  The family situation he finds himself in the middle of approaches melodrama levels of broad and clichéd.  When the bullets start to fly and the action heats up, the big screen tricks and tropes are overblown and clichéd.  And none of that is ever a problem, because Scott and Washington are so committed to all of these clichés in such a real, genuine way.  If Man on Fire is tongue in a joke, they’re not in on it.

Other Opinions Are Available.  What did these people have to say about Man on Fire?
The A.V Club
Cinemablend
Modest Movie