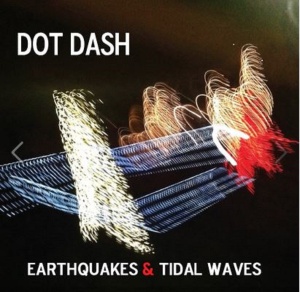 
Punk at its most melodious, Winter of Discontent is the perfect opener. Because it shows that melody doesn’t necessarily mean softening anything. There’s still room for shredding guitars and plenty of attitude. When the bouncing bass line of Flowers gives way to lyrics that list off dance fads from across the decades, it shows a great combination of tribute and throwback, without becoming a cheap imitation.

The tempo and angst are ratcheted down a little on Rainclouds and Satellite (Far Out), and the result is two great rock songs. Enough oomph to keep punk rock fans happy, but not too much to scare away the more timid listener. As the focus shifts even more form visceral energy to tight song writing on Tatters, Dot Dash start to remind me of bands like The Replacements and the Pixies. And I mean both of those comparisons as compliments.

Even when things get a little loose, lo-fi and messy (in all the right ways) on Walls Closing In, the tight, precise song writing at the song’s core is still more than evident. Transparent Disguise, Thru the Dark and Semaphore get back to the more tightness of Tatters and the approach once again proves to be a winner.

Having preconceptions proven right is great for the ego and for bolstering your own pomposity. But having preconceptions proven wrong can be a whole lot more satisfying. I expected one thing from Dot Dash, and I would have been perfectly happy if that was what they delivered. Instead, Earthquakes & Tidal Waves gave me something I never saw coming. Which is a whole lot more satisfying than what I expected.

Other Opinions Are Available. What did these people have to say about Earthquakes & Tidal Waves?
Golden Plec
Everything Indie Over 40