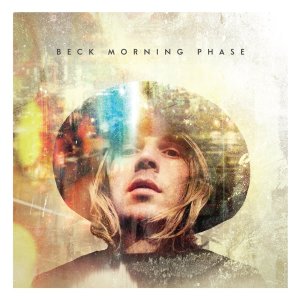 I can’t think of a more rational, calm, humble, shy man in the music industry than Kanye West.  So for that wallflower to feel the need to jump on stage at the Grammys when Beck won whatever Grammy it was that Beck won, there must be a rational, calm reason.  A reason I hope to discover by listening to said award winner, Morning Phase.


I don’t mind being eased into an ablum, but Morning sounds more like the kind of song that should ease me out of Morning Phase and put me to sleep.  That’s not to say it’s bad or even boring, it’s just so mellow that it completely washed over me in such a totally unobtrusive way, that I could have easily been be hypnotised into forgetting ever pressing play on this album before the song was over.

Followed by Heart is a Drum, the energy is turned up just the tiniest bit, making the easing in a solid 10 minutes.   It also brings a consistency to Morning Phase that makes me appreciate Morning a lot more in hindsight.  It’s a much better song when paired with Heart is a Drum than it is in isolation.  And albums that work as a whole are something I appreciate more and more as the world seems to become increasingly addicted to single track downloads.

The build continues with Say Goodbye.  It’s impeccable finger picked acoustic folk delivered in that impeccable Beck way. Somehow stripped down and lushly polished at the same time.  The folky influence is only enhanced when Beck busts out the banjo for Blue Moon.  But it builds on that to become so much more and never suffers for its layers and layers of instrumentation and production.

Wave­…  A perfect three minutes and 40 seconds long break for you to go make a cup of tea without needing to make the effort of pressing the pause button on your listening device of choice.

On an album filled with restraint, Blackbird Chain finally hints at the groove that I know Beck is more than capable of.  Unfortunately, it hints at it just enough to make me miss that dimension of Beck’s sound.  These songs are all technically pretty good, I just wish Morning Phase had a little more life and energy sprinkled in every now and again.

I can appreciate the talent and artistry on display Morning Phase, but it gets a little samey.  And considering Beck has probably been more successful than any other artist in living memory for combing eclectic weirdness with actual main stream success, I find it a little depressing that something as one note as Morning Phase is what won Beck the big one.  Not that awards are any indication of quality, and not that I dislike this album, but it would still be better if he’d won for something a little more ambitious.