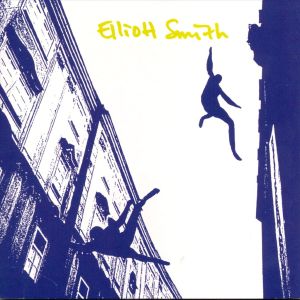 With, at best, a limited knowledge of Elliot Smith and his music, I’ve always seen him as a typical troubled troubadour. Based on that limited knowledge, I always assumed he made quiet, emotional, singer / songwriter style music. But I realised I only base that on two things, his 2003 suicide, and his heartbreaking and amazing song Needle in the Hay, used in the suicide attempt scene in Wes Anderson’s The Royal Tenenbaums.   So I guess with those two reference representing the sum of my Elliot Smith knowledge, I was expecting something pretty morbid with his second, self titled album.


Opening with the aforementioned Needle in the Hay, my assumption was only solidified. But track two, Christian Brothers, manages to bring a real lightness in sound, if not lyrically. It’s still Smith’s dreamy voice, muffled acoustic guitar and very little else, but Christian Brothers finds a life that I was worried Elliot Smith the album might be completely devoid of.

Three tracks in, and I’m conflicted on Elliot Smith the songwriter and Elliot Smith the album. He’s undeniably great, and it’s one of the rare occasions where I would use the word “beautiful” to describe music without feeling like a massive dick, because there’s really no other the word for it. The only problem is, it’s beautifully tragic. Clementine and Southern Belle are hypnotising and heartfelt, but they’re also complete downers.

I know it’s shallow, but they remind me that I almost exclusively use music to make a good mood better, never to wallow in a sad one. Punk rock and metal might often come with disgruntled and angry lyrics, but the music has such an energy to it, it recharges my own energy. Here, I can totally appreciate the craft and emotion, I just don’t know if I want that emotion transferred on to me in any way.

Which is why, like Christian Brothers, the slightly more upbeat, slightly brighter guitar picking of Single File, and more driving beat of Coming Up Roses, make them more likely to be cherry picked of this album for future re-listens. Whereas the downers are more likely to remain appreciated from a distance.

Elliot Smith continues at such a steady pace, that everything I do and don’t like about it is summed up in the first three tracks. It’s one of those albums that while I respect and admire it a lot, and can totally understand other people’s love for Smith and his music, I just don’t think I like it very much. I know this kind of melancholy has its place in a lot of people’s lives, but not in mine. Give me a toe tapper, a fist pumper. Shit, even a floor filler, before you give me something that might bring me down.